June 04, 2016
We left Suva and motored about 20 miles south to Beqa Lagoon (pronounced "Benga"). We went ashore, met the village chief and performed sevusevu (gift giving ceremony) and were then welcomed to stay in the anchorage and visit the village.

We went for a long snorkel and saw some of the coral and sea life that Beqa Lagoon is famous for. 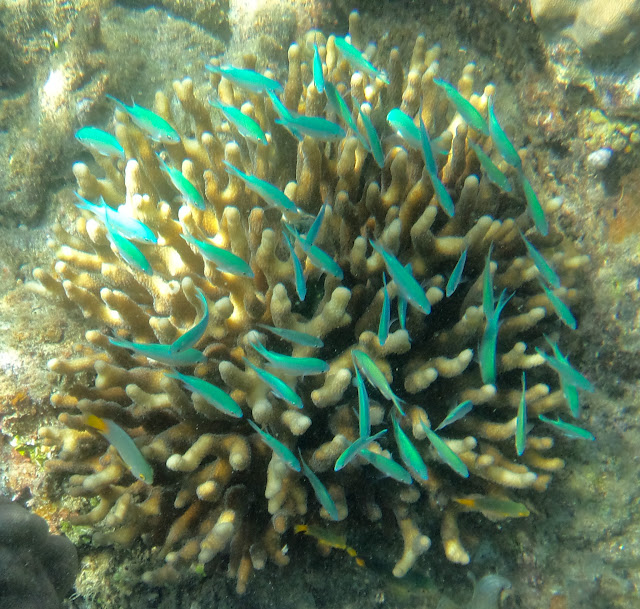 In the afternoon, we saw the "school boats" returning with lots of children so we headed into the village to meet them. They were excited to have visitors. 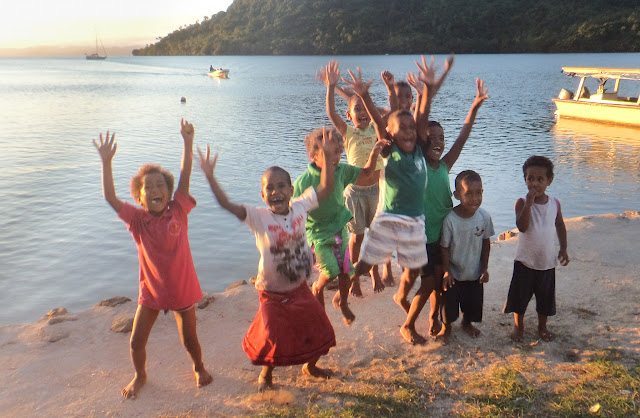 While we were there we found out that Ropate Kauvesi, the manager of the World Champion Fiji 7s Rugby Team, was visiting his in-laws in the village. The team just returned from England where they won a major championship and are soon headed to Brazil for the Olympics. We were able to meet him and congratulate him on the team's success. 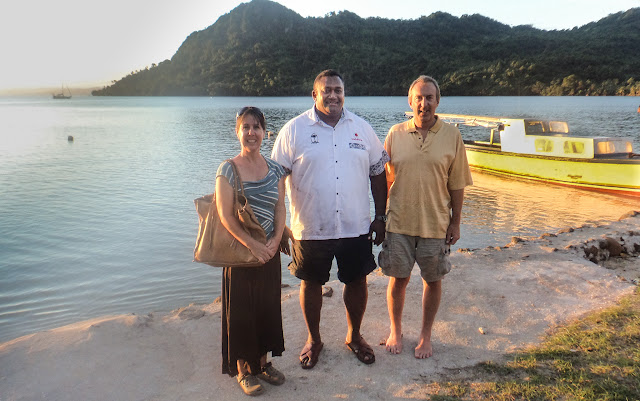 The next day we took advantage of the calm anchorage and Dina went up the mast. In between some unexpected gusts of wind that rocked the boat around, she fixed the lazy jack line, attached the flag halyards, and took the requisite photo from the mast head. 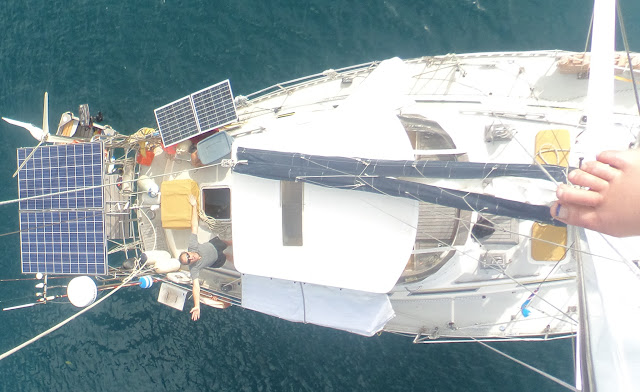