Showing posts from November, 2016
Show all

On to Efate and Port Vila 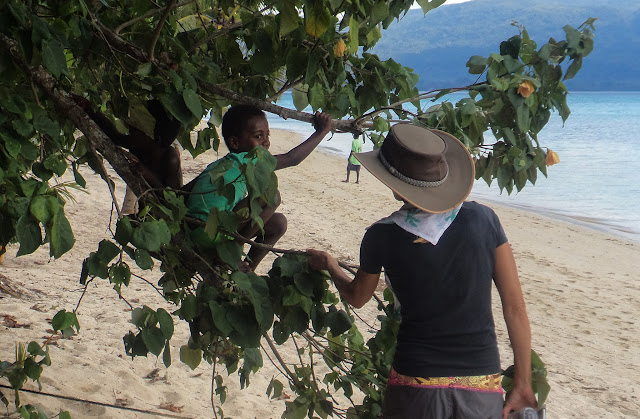 From Tanna Island, we sailed about 9 hours with one reef in the main sail and the genoa to Dillon’s Bay on Erromango Island. Unfortunately, it was raining. No locals came out to the boat and we didn’t go ashore. We left the next afternoon for an overnight sail to Port Vila, the capital of Vanuatu. Instead of going too fast and arriving early, our timing and speed were good on this passage and we arrived outside the entrance to Port Vila about 2 hours after sunrise. The weather didn't cooperate, however, and a severe thunderstorm rolled in. We considered trying to race the massive black clouds and get into harbour, but as we saw SV Dream Catcher swallowed up by the dense cloud and the lightening started coming in thick bolts, we turned around and slowly motored back into the sunshine. About 2 hours later, the storm had passed and we were moored off of Yachting World in Port Vila. After having limited access to a variety of provisions, we were in heaven at the Au Bon Marche supe
Read more
More posts