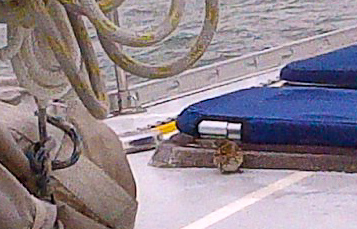 As we left the lovely Saint Francis Yacht Club and our wonderful friends, Tom and Annie on sv Tappen Zee, this little sparrow flew onto our foredeck. It sheltered in the lee of the hatch while we passed under the Golden Gate Bridge. It must be a good omen.

We had a calm sail/motor to Half Moon Bay. It was foggy in the morning, but there was no traffic and the sun came out in the afternoon. We tied up at Pillar Point Harbor. It was the start of the crab season and there was lots of activity on the docks; crab fishing boats and crew, tourists, and fresh seafood shoppers.
We left relatively early for a long day’s sail to Monterey Bay. There were calls for gales and small craft warnings and we certainly had to deal with large seas and high winds. The wind was coming from behind and the boat (and crew) handled everything very well. Just as we sailed into the northern part of the Bay, the seas and wind were both up enough, and behind us enough, that hand steering was a bit more comfortable. At one point we hit over 12 knots of speed as we surfed down a wave – “Weeeee!”.  As we pulled into Santa Cruz, the winds came down and it was odd to think, ‘Oh good, the winds are only 20 knots now.’

We anchored off the beach and amusement park in Santa Cruz. We purposely anchored as far away from the pier as possible since it is home to a sea lion colony and they were in full vocal mode. However, shortly after we anchored, several sea lions boarded a small sailboat that was anchored next to us. 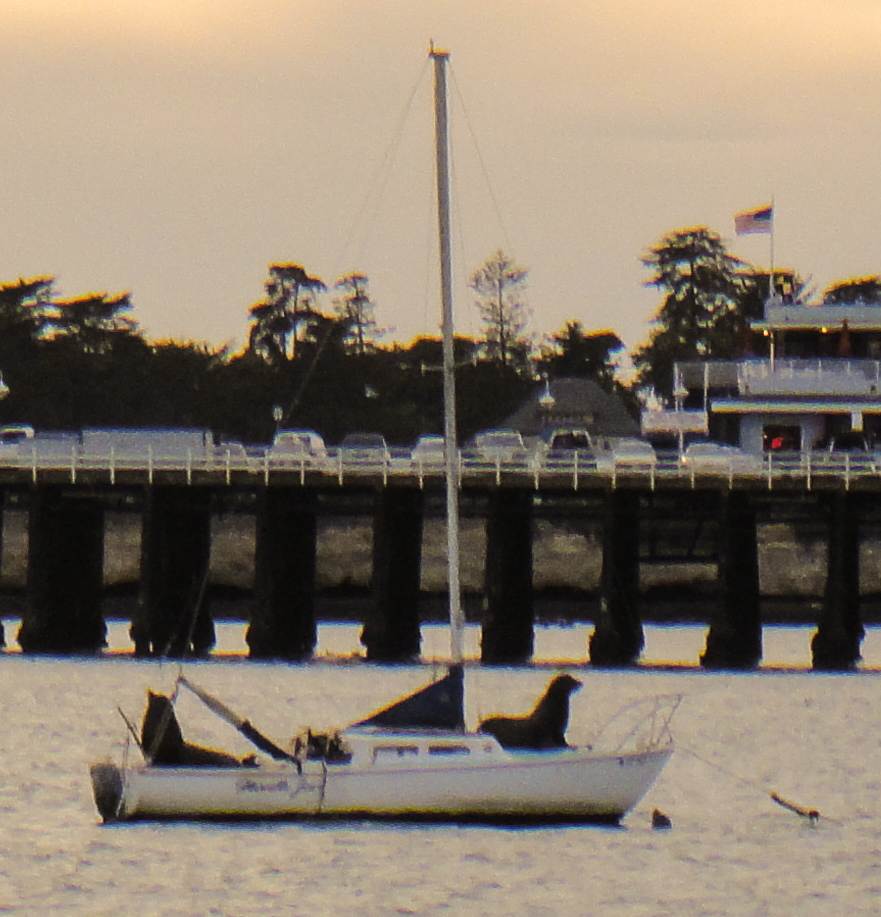 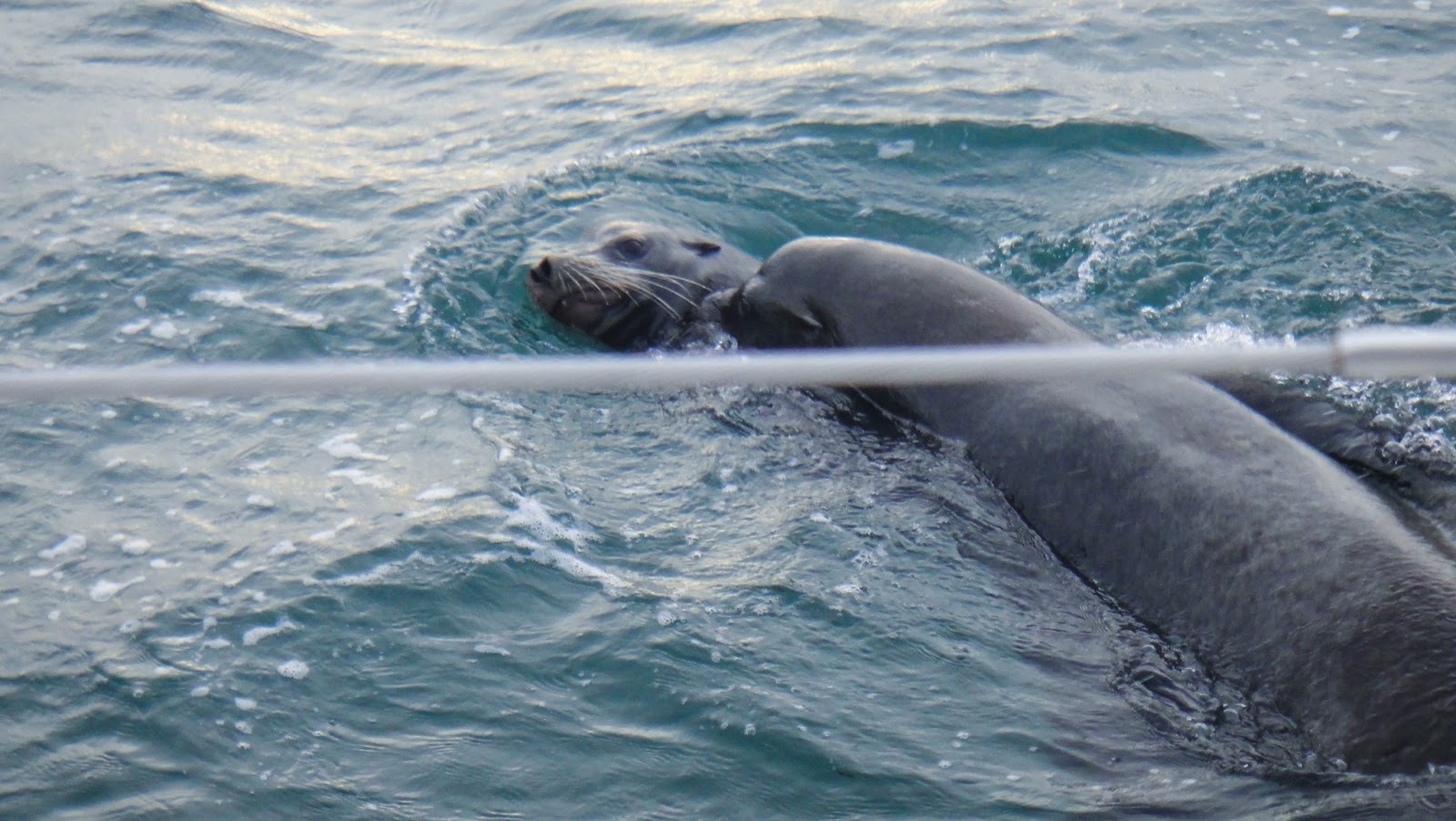 They proceeded to bark at everyone they knew for the rest of the evening. Several sea lions swam to our boat. At first we thought, how nice and we took pictures.
As we were about to have dinner down below, we heard and felt a large crash against the hull; one of the sea lions had launched itself at our boat! That was when we realized they were circling, looking for a way onto our boat! These are large animals; the males can be over 700 lbs! Shouting didn’t seem to deter them but they did not like having a flashlight in their faces. Fortunately, as our deck was too high and we have lifelines all the way around, there were no more attempts to board our vessel during the night.


We had a calm, sunny, 4 hour sail straight south across the Monterey Bay and are now nestled into the Monterey Peninsula Yacht Club in lovely Monterey. We are purchasing a CPT auto-helm as a back-up self-steering device. The owner and manufacturer of CPT is coming to our boat to install it properly and make sure we know how to install it (if we ever need it). Otherwise, it will live in a neat little box and provide peace of mind.