We enjoyed the Monterey Peninsula Yacht Club. Everyone was very friendly. We had drinks and pizza in the clubhouse with some of the members.  We left at 5:30 AM with only the sea lions awake. We had a 16 hour sail to San Simeon; the next possible anchorage along the coast. Unfortunately, there was no wind, so it was a 16 hour motor-sail. San Simeon was quiet. We dropped the hook near shore, within view of Hearst castle on the hill and next to an old pier that Hearst had built in the late 1800’s.

We decided to by-pass Morro Bay with its zigzag entrance channel and aim for Port San Luis and the tourist town of Avila. On this passage, we had enough wind to sail for about 2 of the 7 hours. We anchored near town, between the research pier and the Avila pier, then instead of going into town, we sat in the cockpit and watched the beautiful sunset and enjoyed a glass of wine.

Point Conception is called the Cape Horn of California. Supposedly the winds and waves can be very confused and strong off the point. Also, the weather is supposed to change dramatically south of the point, which marks the northern boundary of Southern California. We left Port San Luis at 6 AM to ensure we rounded the dreaded Point Conception in daylight. We motored around it. It was more concerning that Vandenburg Air Force Base has various “Danger Zones” along the coast and they kept announcing on the radio that one of them was “live” for missile practice. Fortunately, no practice missiles were spotted.

The oil rig, Irene, was interesting to see over 3 miles off the coast. 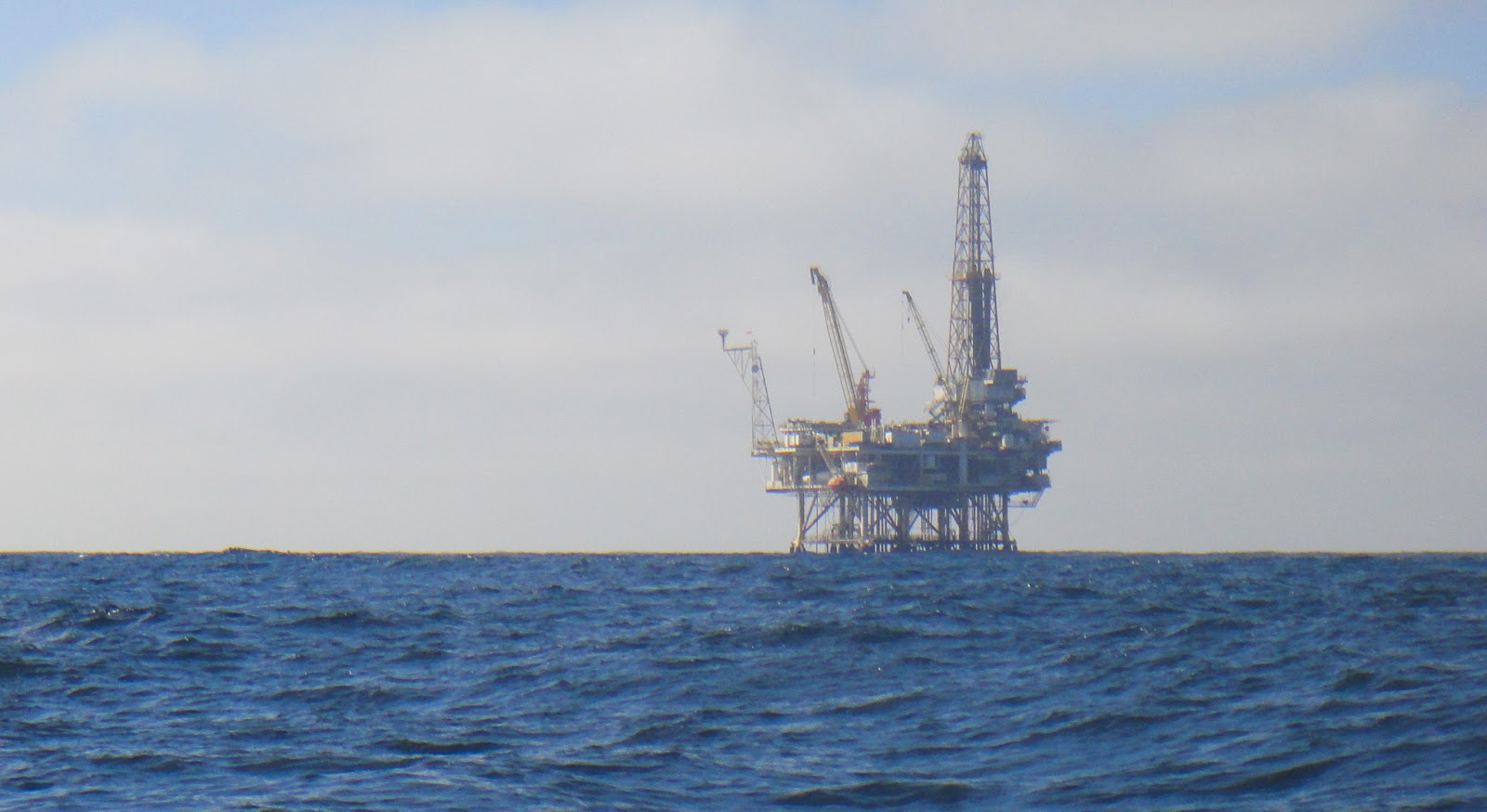 Unfortunately, along the way to Santa Barbara, there are many offshore oil platforms and we saw a film of oil on the water.

We rounded Point Conception into Southern California and it was warmer! We dropped the hook in Cojo Anchorage, just past the first kelp bed and up close to shore near the train tracks. We sat up on the hard bimini, backs against the furled main sail, drank wine, ate cheese and crackers, and watched the dolphins, birds, sea lions and train go by as the sun set. The best balcony ever! 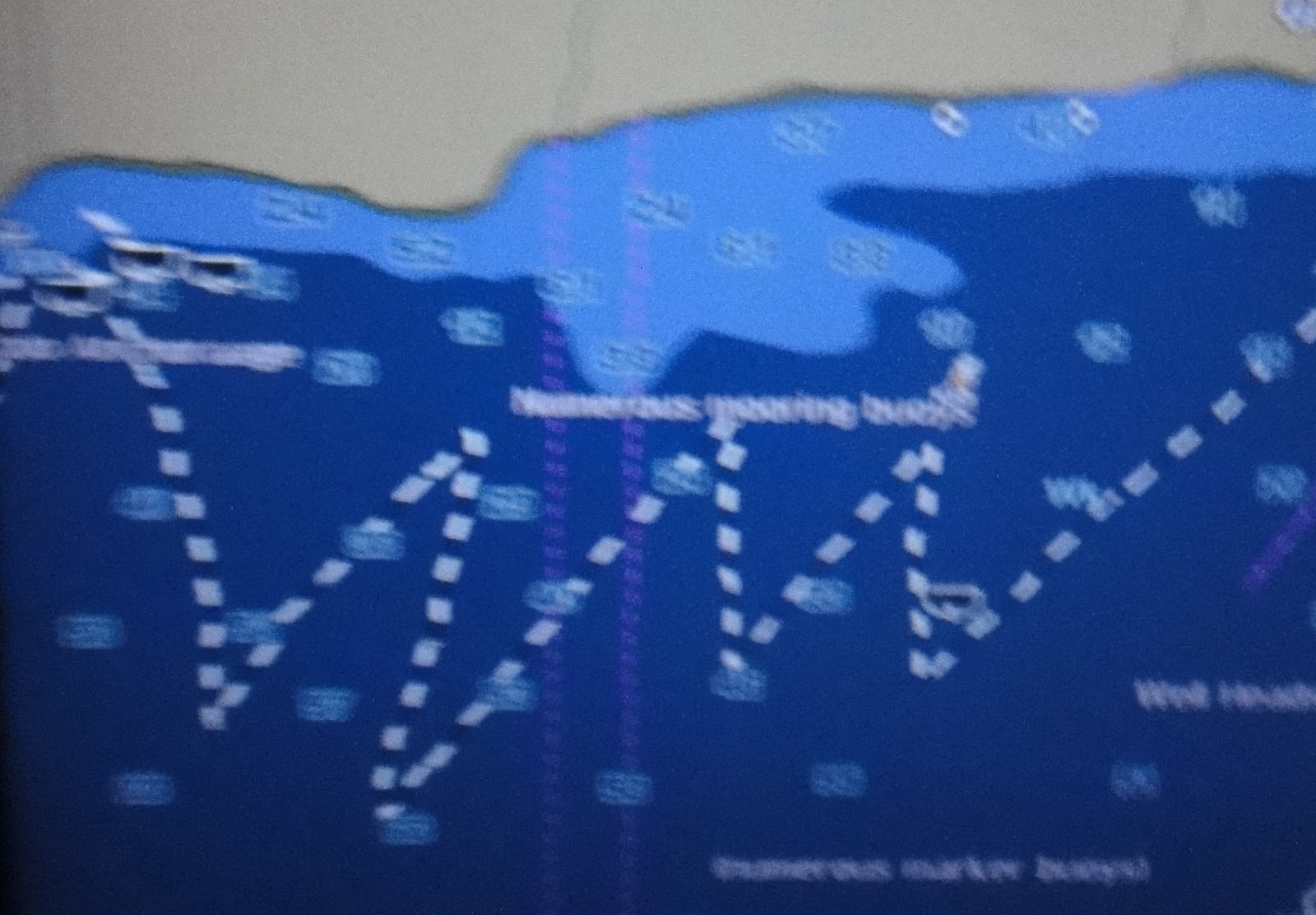 This morning there was wind! Well over 20 knots of it, and all coming from exactly where we wanted to go. We put up the solent and reefed the main and proceeded to tack back and forth towards Santa Barbara.  The current was also against us so we didn't make a lot of progress but it was fun. The wind did not stay with us for long. As it started to diminish we shook out the reef and hoisted the genoa along with the solent. We had a good 6 hours before we finally had to turn on the engine.


When we docked in Santa Barbara, a fisherman named Sean Robertson approached us. He had taken some photos of us sailing off of Point Conception. He email them to us.  We look pretty good... 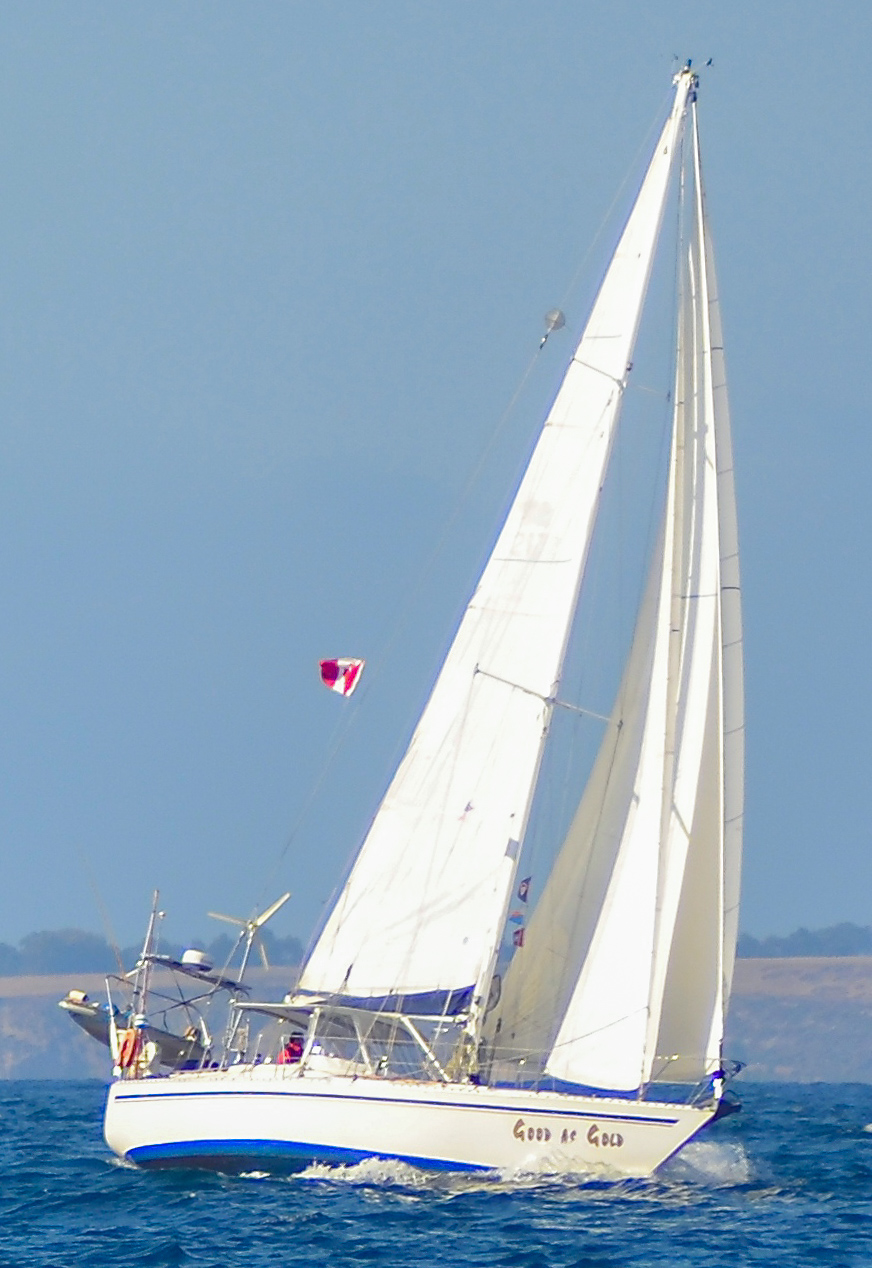