Saturday morning the weather was more cooperative and we hoisted anchor. Luna had hoped to sail in with us, but due to the oil line coming unattached, they could not go over 1000 rpms with their engine. In the still ebbing current, they turned back and re-anchored in Drake's Bay next to Tappen Zee.

The guys could see the Golden Gate bridge in the fog well before I could. Then the tall red towers came into view. The sun came out, the cameras came out and we motor-sailed into the bay, going over 8 knots with the flood current. 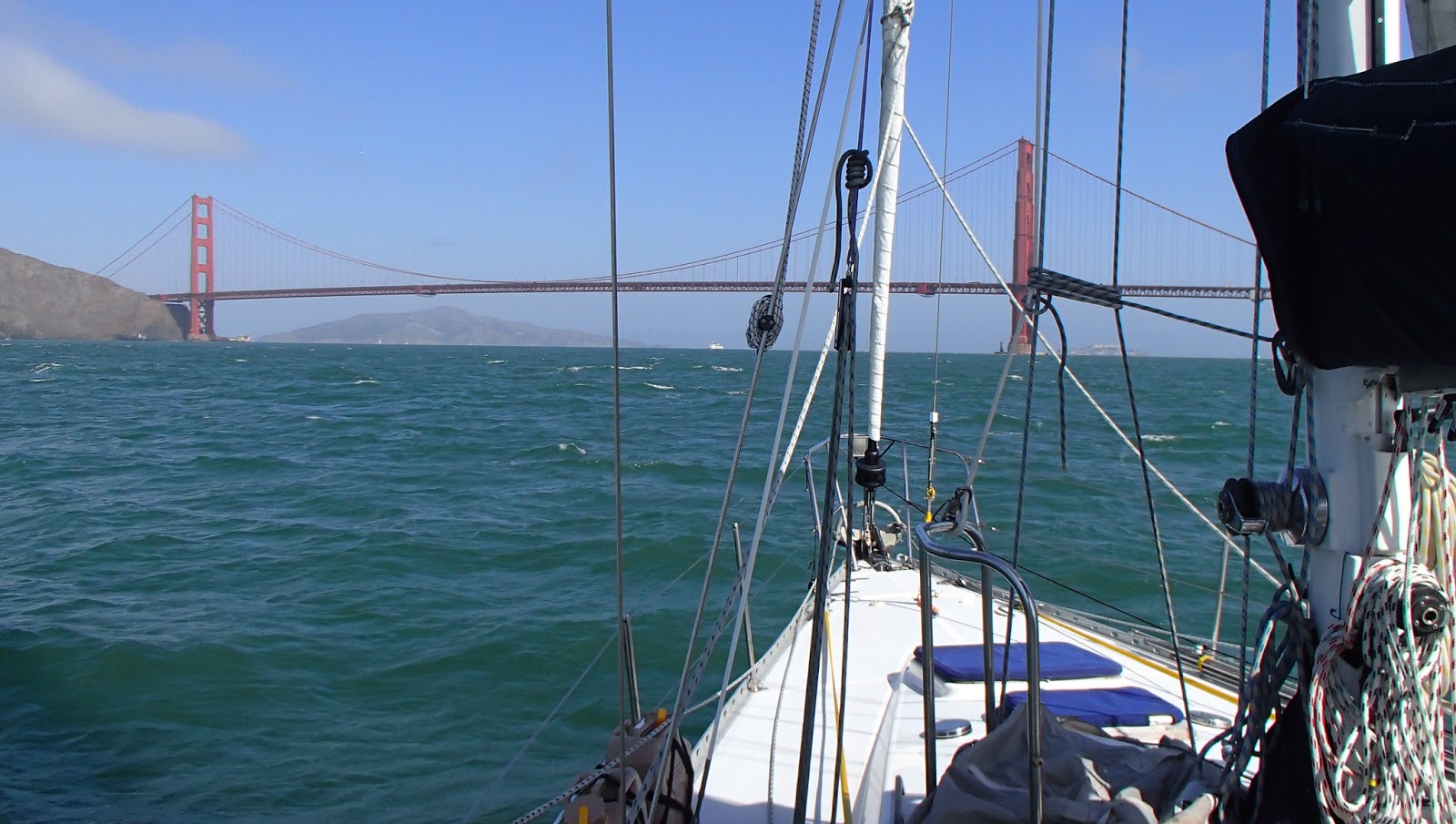 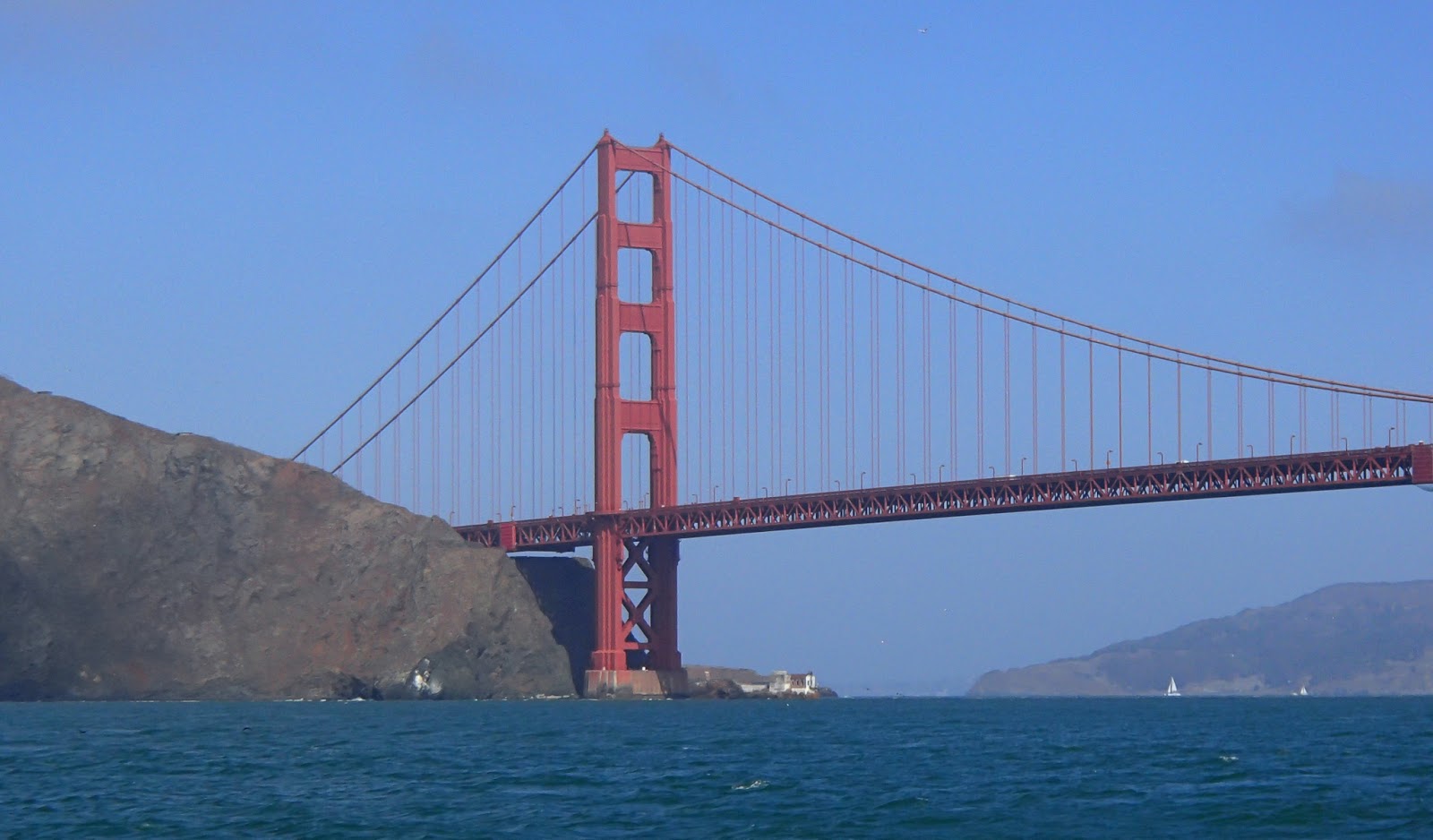 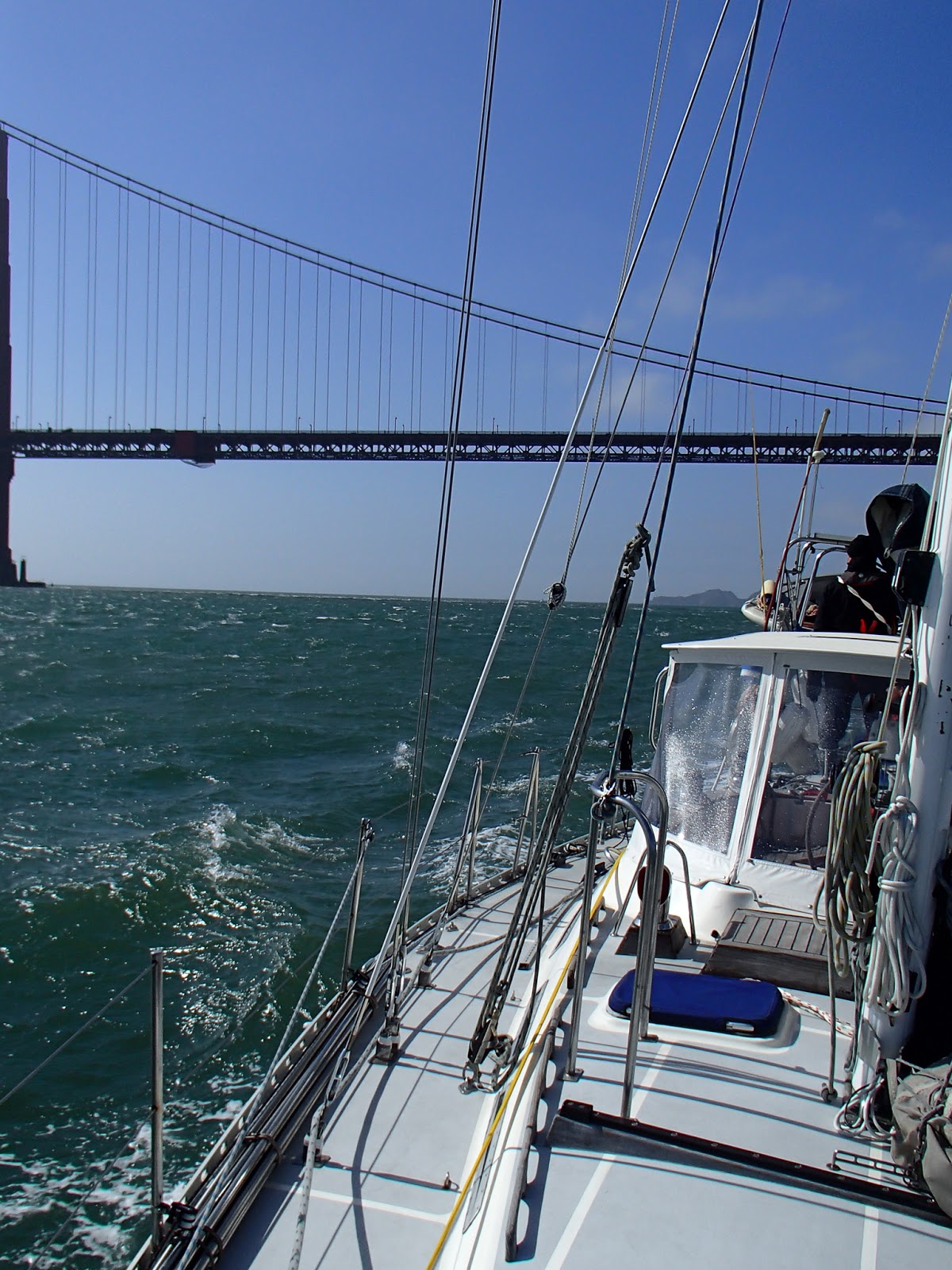 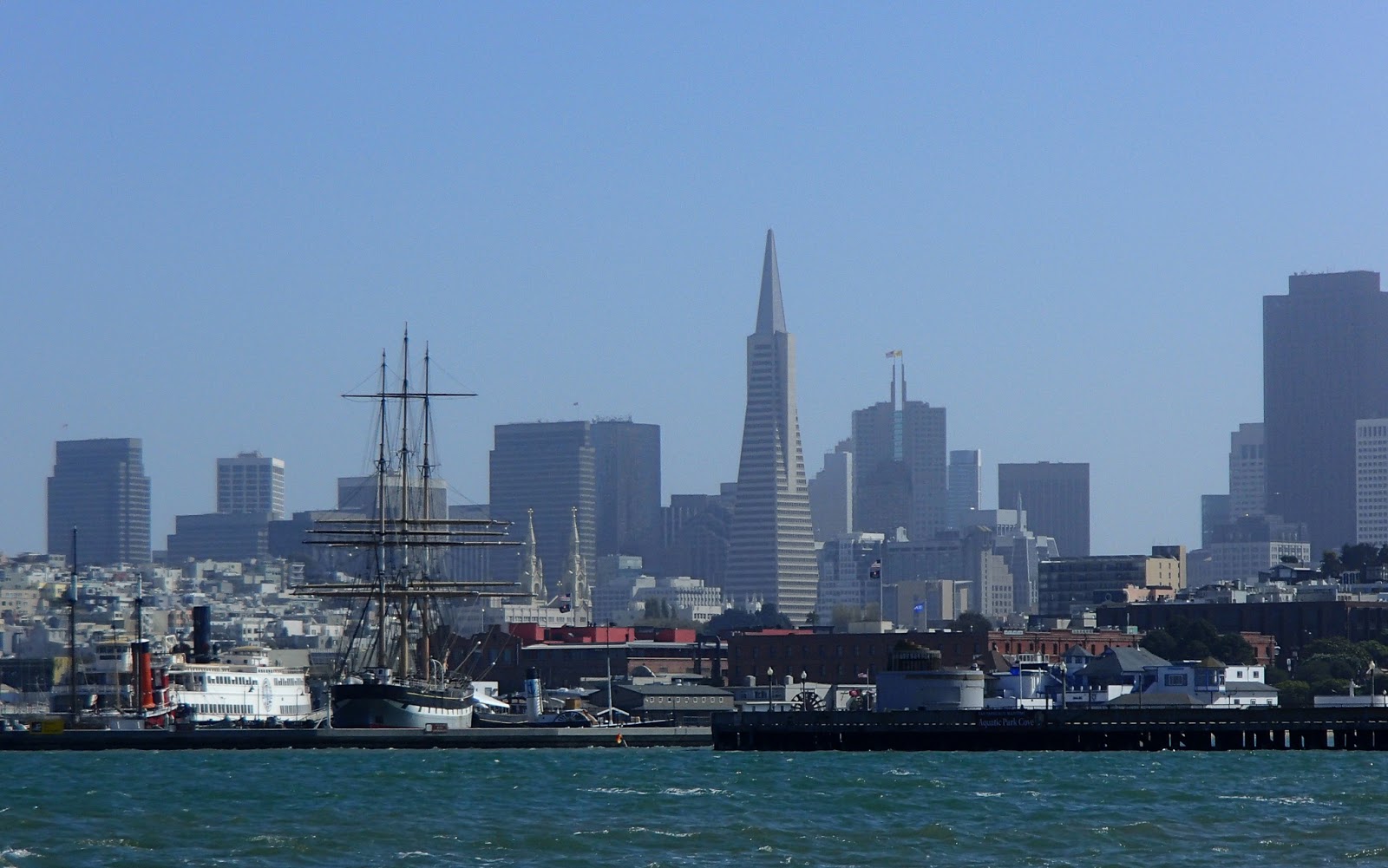 We were texting with Malcolm along the way as he was watching us via marinetraffic.com and various webcams located around the bridge. He was able to download a few pictures from the webcams and uploaded them here.


The crew was awesome! We agreed on two-person shifts and did two 6 hour watches between 6 AM and 6 PM and 3 hour watches during the night. The guys were all very energetic, knowledgeable, and maintained a great attitude the whole time, even when we were stuck in Drake's Bay for a couple of days.

We docked at South Beach Harbour and the guys headed for the showers. I should have as well, but Tim Gibbs was in town for a conference and he came down to see us between meetings. The next day, we said goodbye to Bruce and motored north to Vallejo. Good as Gold is now comfortably at dock at Glen Cove Marina.

We are relaxing and waiting for Malcolm's foot to heal in Fallbrook, outside of San Diego. My step-mother, Nancy, and her husband, Jim, are spoiling us! Once Malcolm can bear weight on his foot, we'll be back on Good as Gold and begin a relaxing sail south...