North toward Puerto Escondido and Loreto

January 09, 2014
We anchored in the gorgeous circular bay of Isla San Francisco with only one other boat. 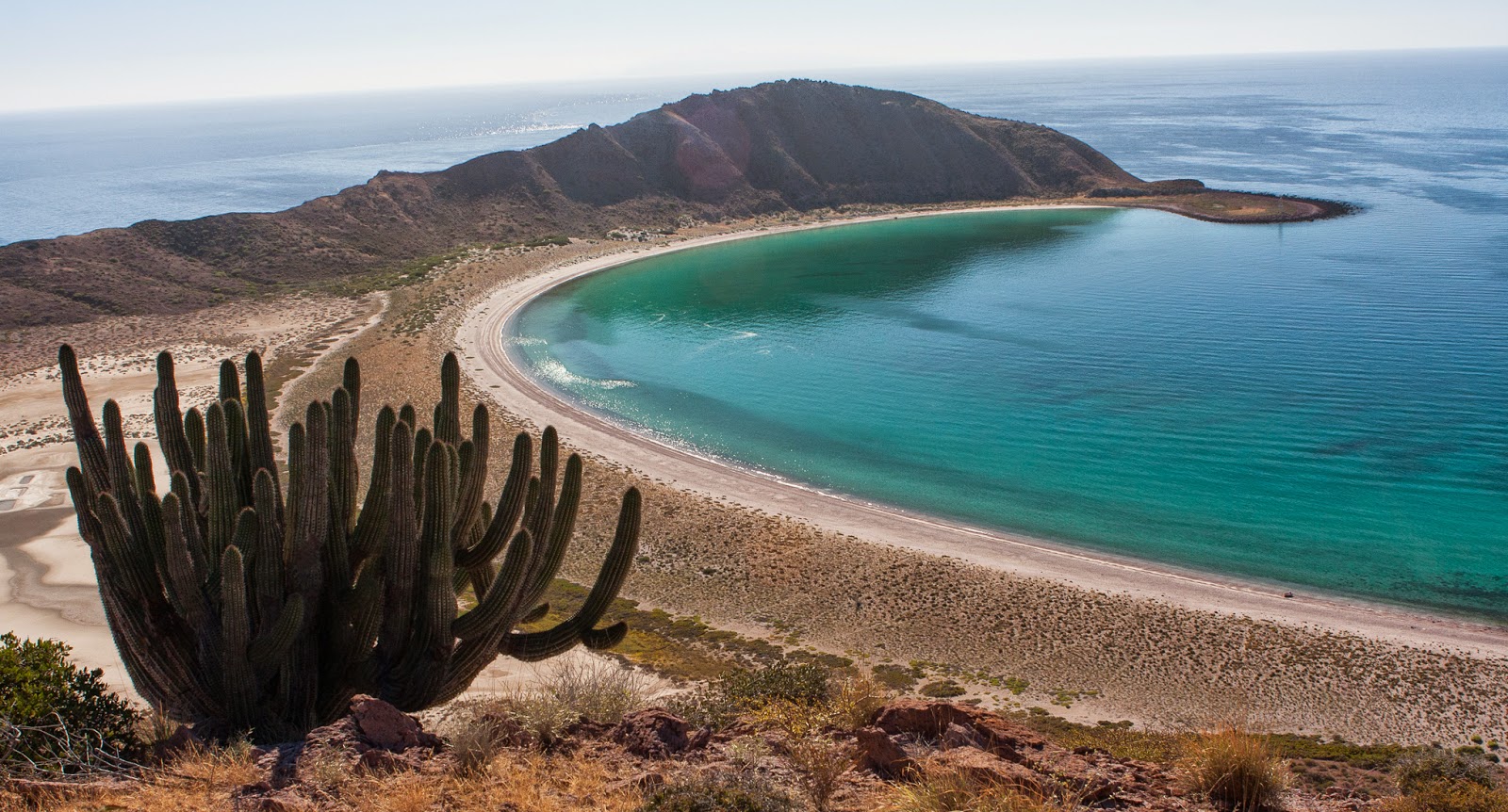 The other boat, Luckness, with Craig McPheeters from Seattle had been there for a week and had marked the trailhead of a spectacular ridgeline trail that had views of both sides of the island which we explored. 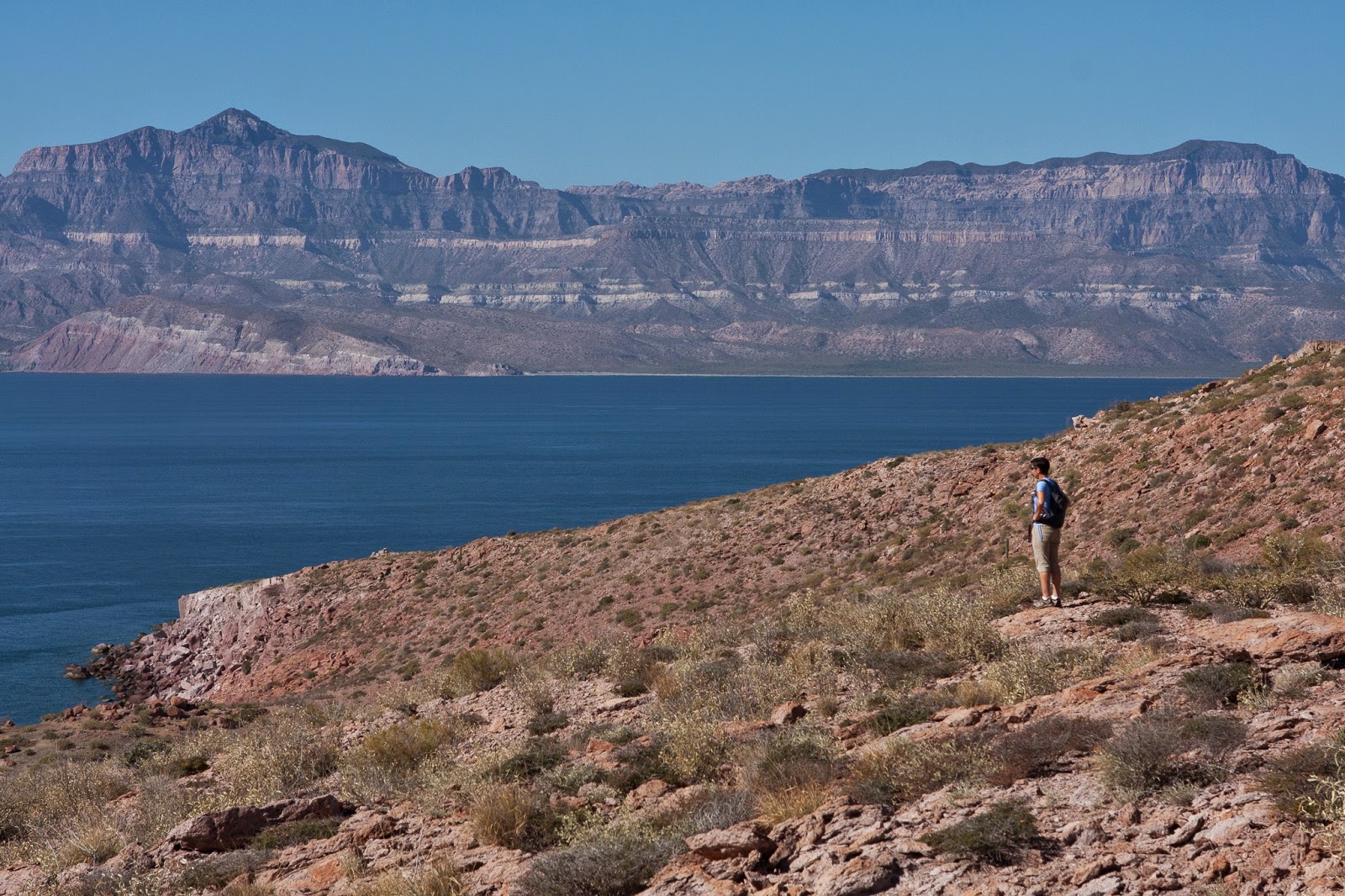 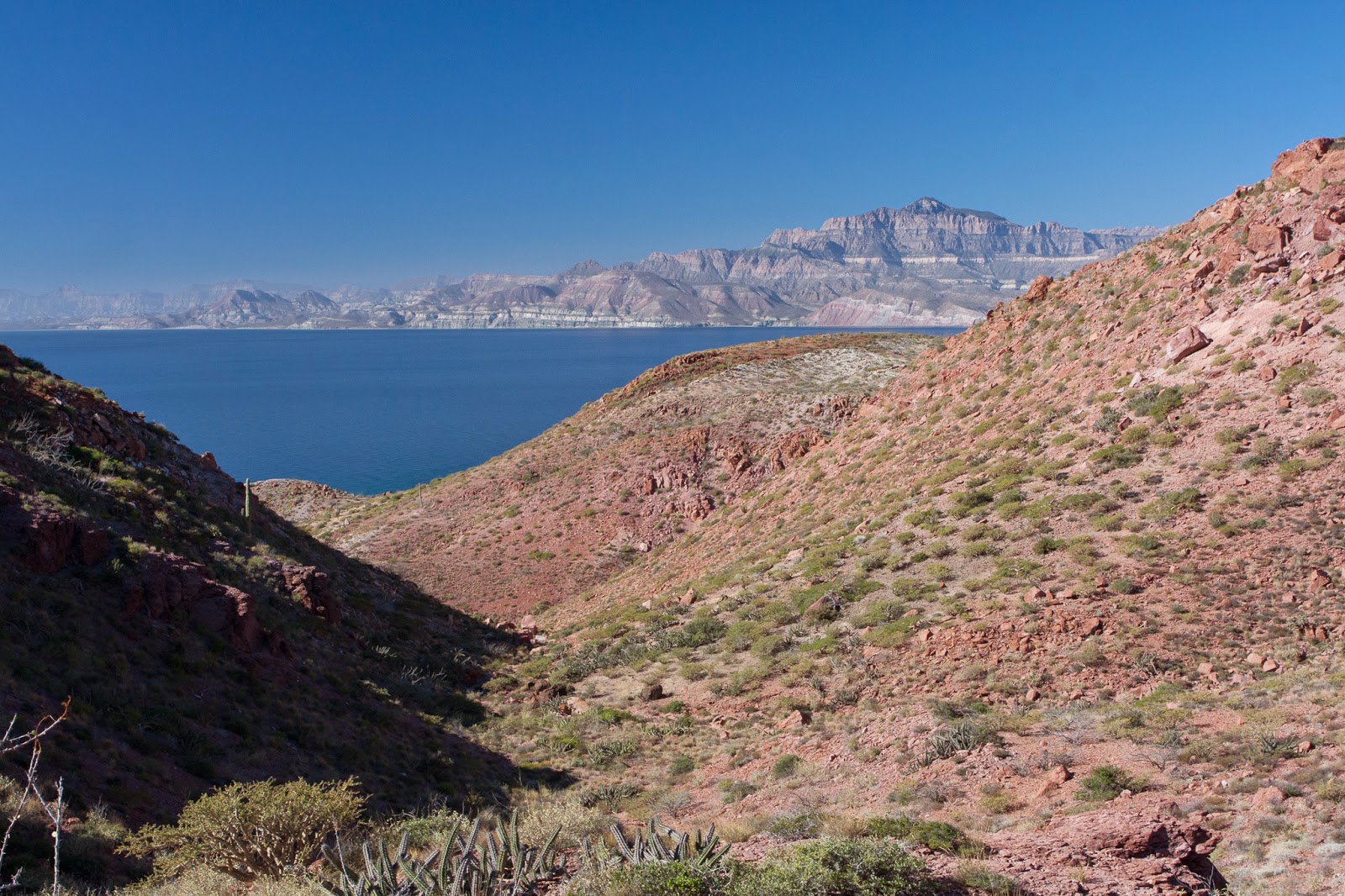 The next afternoon, after our hike, we were toying with the idea of staying another night. Then four other boats arrived, so we hoisted anchor at about 2 PM and motored about 7 nautical miles north to Punta Salinas on Isla San Jose. It's the site of former salt ponds. The remains of buildings, a truck, and a bulldozer are set before the acres and acres of abandoned salts ponds. 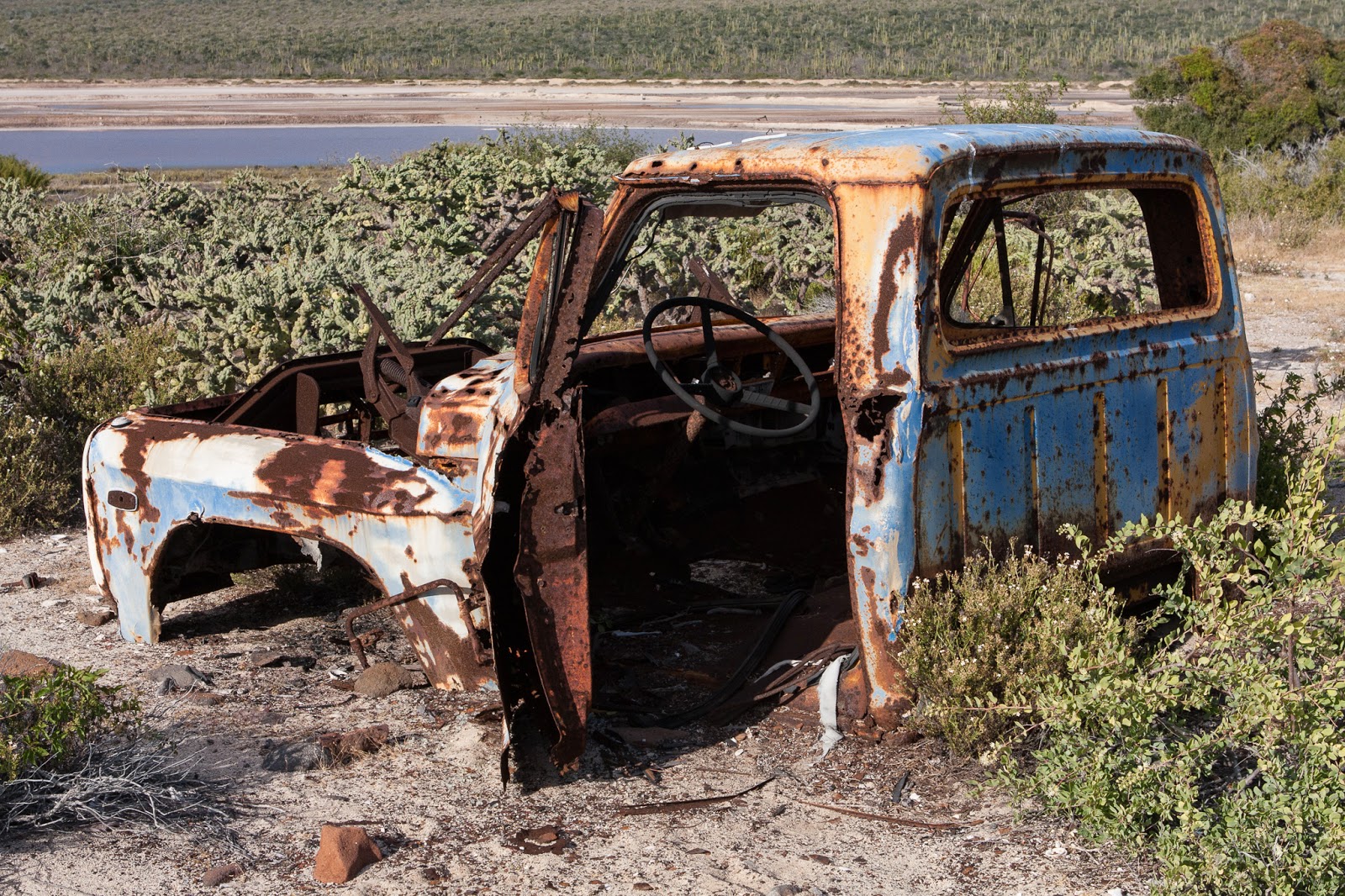 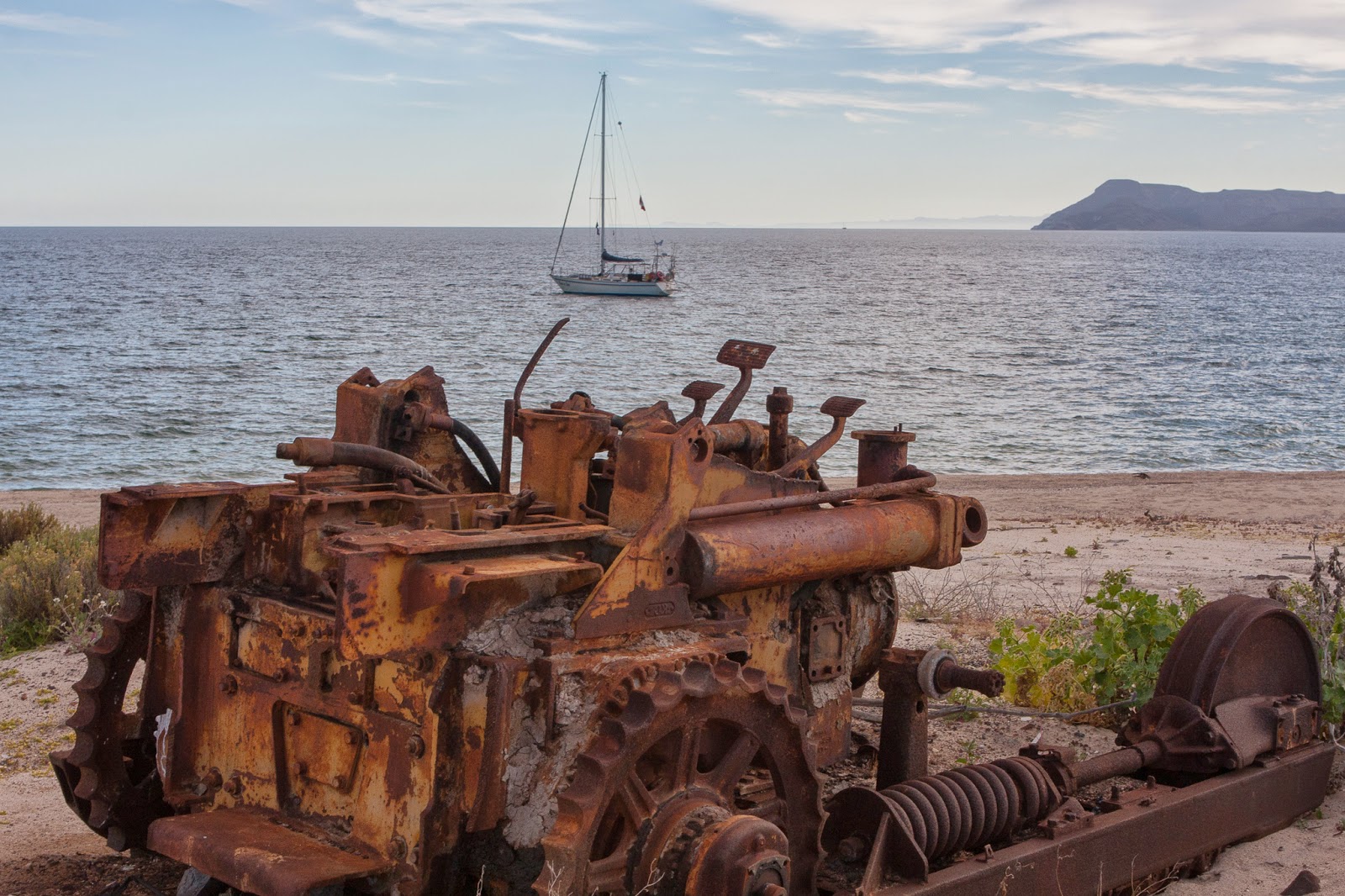 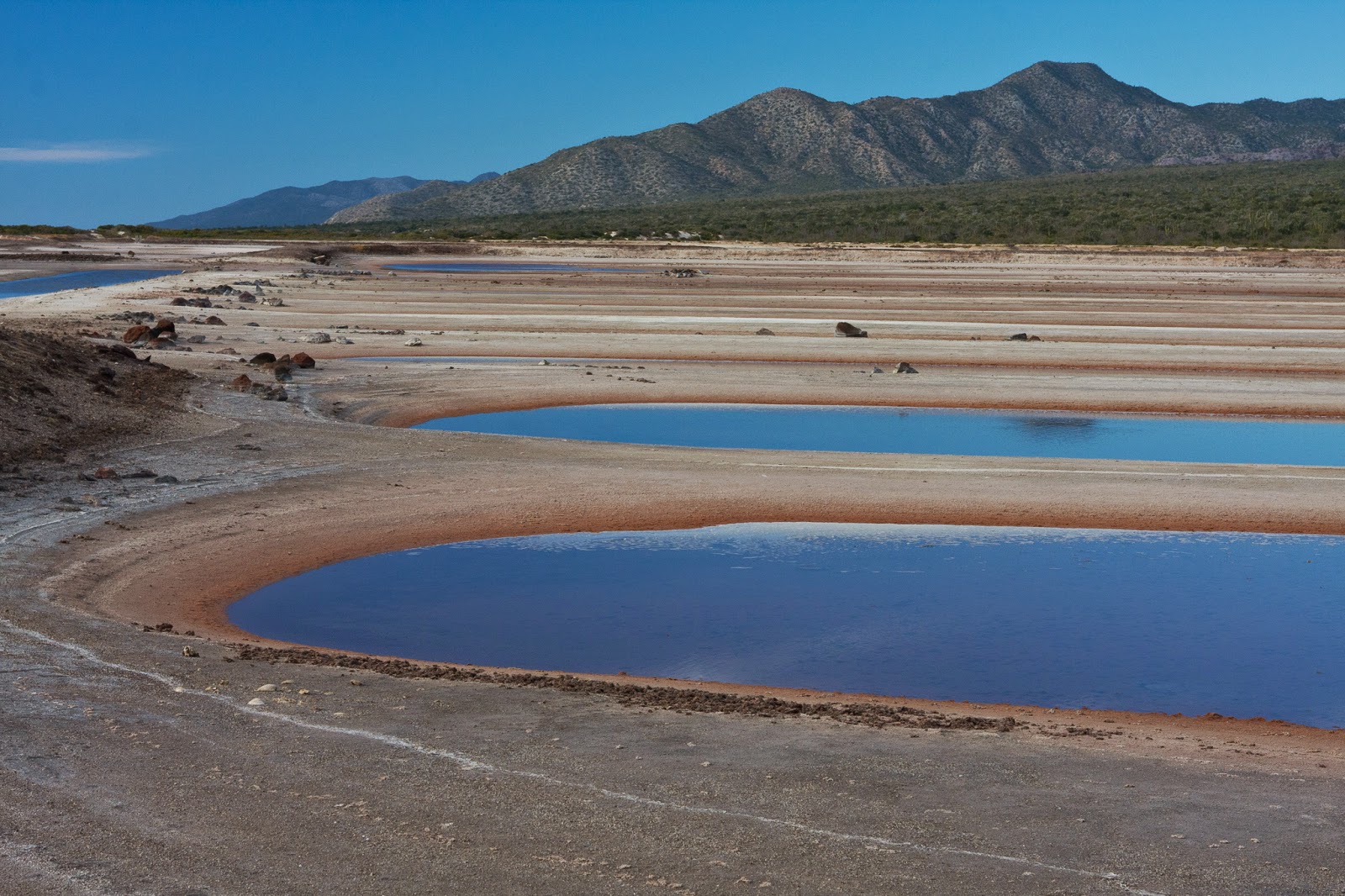 The next day we continued north. There was no wind so we motored past Mangle Soto to have a look at the tall Cardon cactus forest. Our guide book stated the forest contained cactus 70’ tall. If there had been, we would have anchored and gone ashore, but we did not see any that were that tall.

We motored past the rock formations at Puerto Los Gatos anchorage and stopped one bay to the north, at San Telmo. 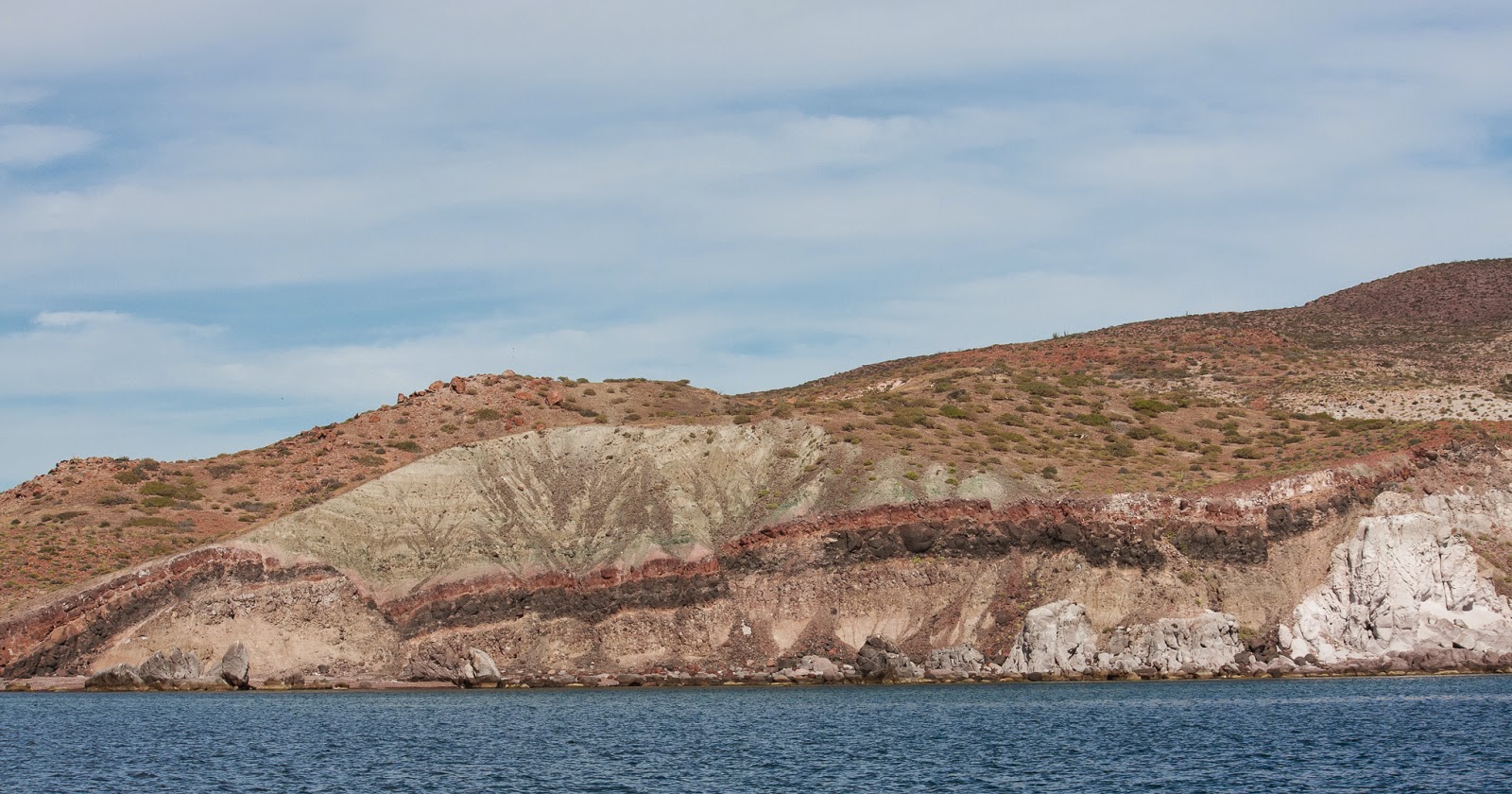 We took Tubby ashore to the sandy beach, followed coyote tracks around the spectacular red rocks, and swam before returning to the boat where we watched the pelicans and the blue-footed boobies drying themselves on the rocks. 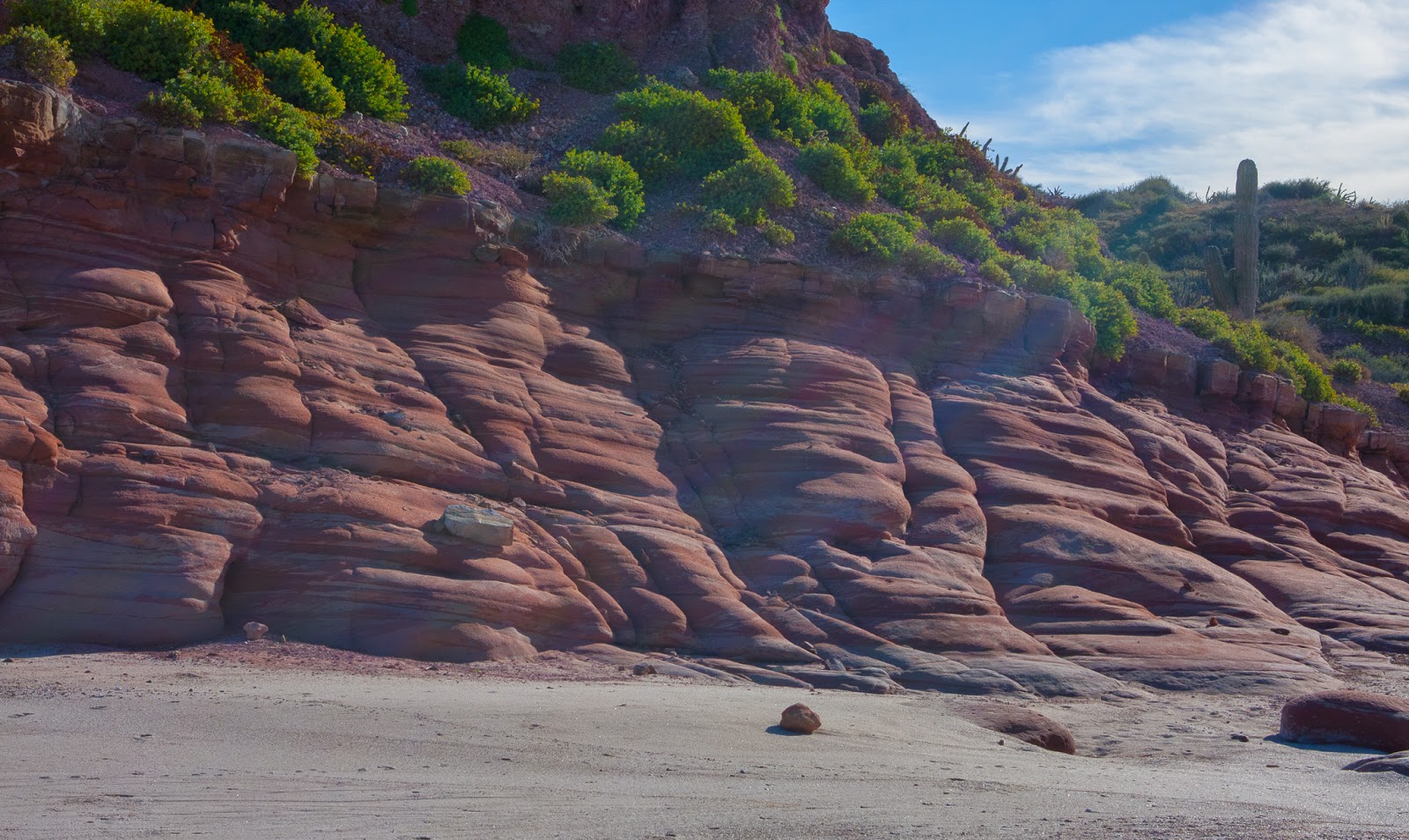 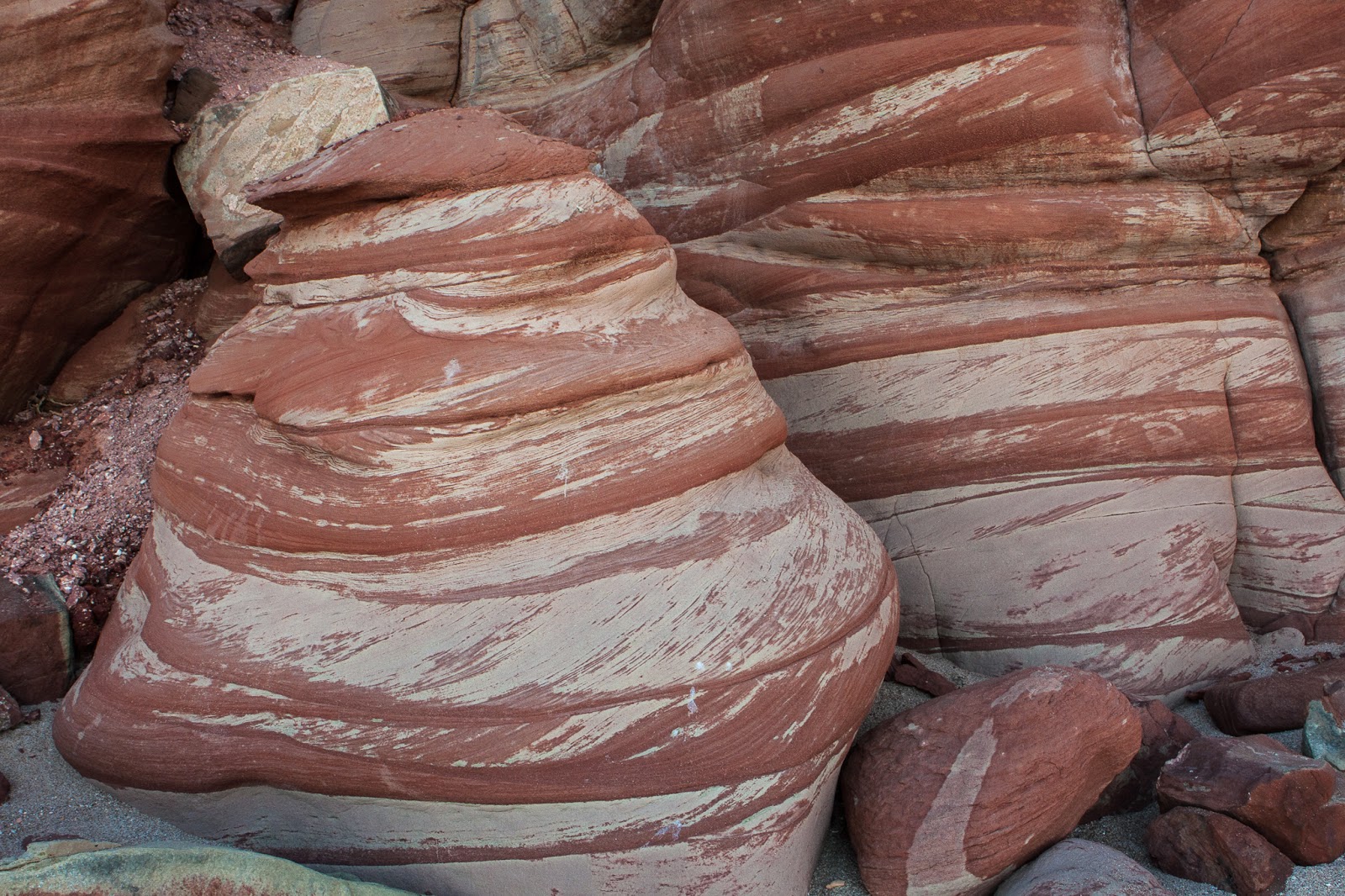 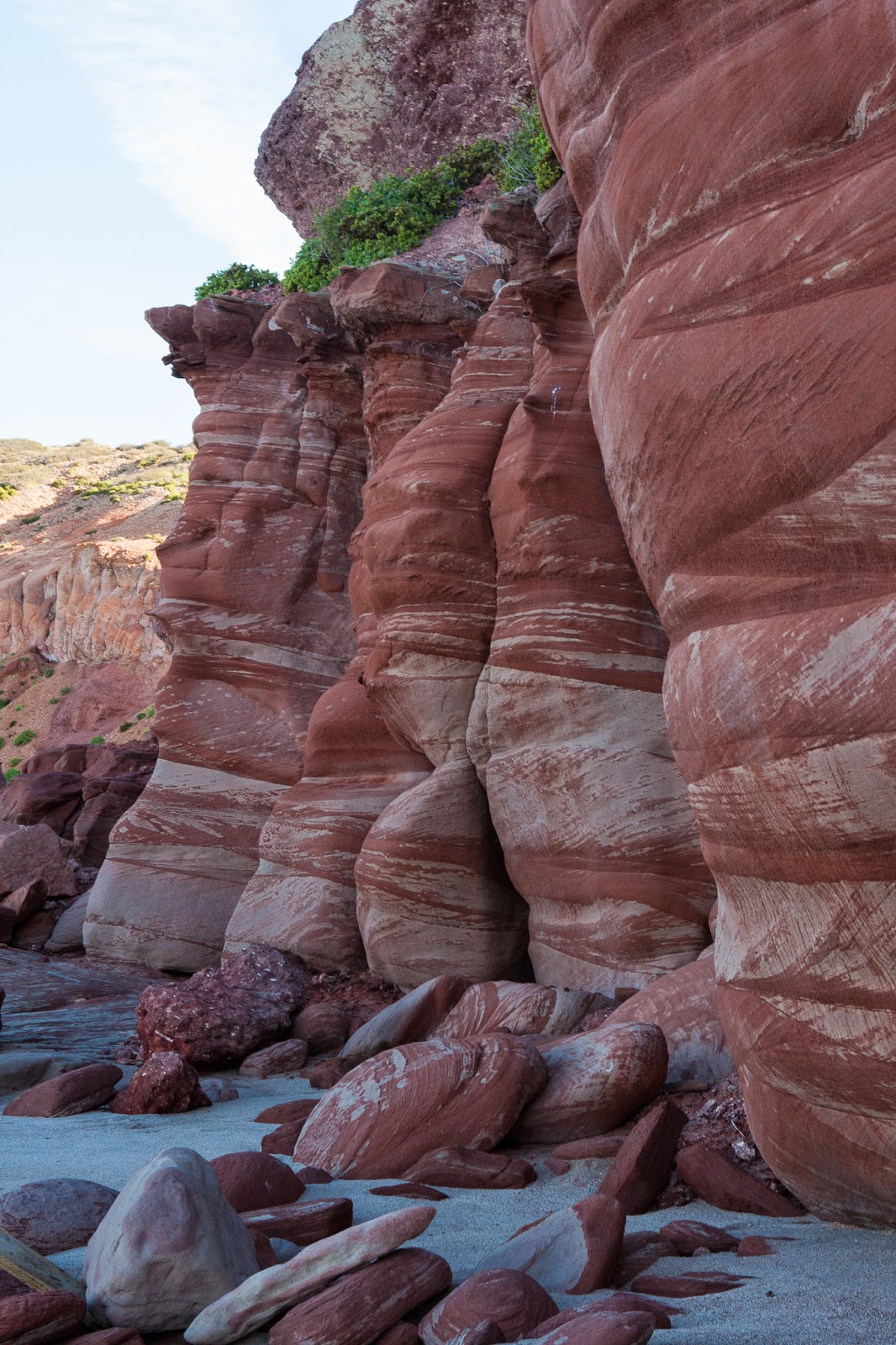