Seal Sentries and Squids on Deck

December 07, 2013
We left Ensenada at 3:30 PM after checking out with the Port Capitan (a much easier process than checking in), grocery shopping and a large lunch. We motor sailed into the sunset. Unfortunately, the wind was light and coming from behind us, so we motor/sailed most of the way to San Martin Island. We arrived at 9 AM and after breakfast we launched Tubby to explore the lagoon on the southeast side of the almost a perfectly round island and hike up to the dormant volcano crater. As we entered the lagoon, some seals followed us in. We looked at the beach and discussed where amongst the boulders to land. We notice a particularly large rock, the size of a small car, up the beach to the left.

Then about 100 of the boulders all looked up and started for the water! It was a bit disconcerting that so many of them were coming out to the dinghy. They seemed to approach in formation with their heads held high like Meer cats. We noticed the seals that had followed us into the lagoon were in a line in the water behind us. It was very difficult to interpret whether their silent approach and stares were friendly curiosity or aggression.

When the boulder the size of a small car starting moving for the water, we decided we would risk offending their friendly curiosity, if that was what it was, and leave the lagoon. About 20 of the seals followed us out of the lagoon, around the corner and left us at the entrance to the bay where Good as Gold was anchored. The hike to the volcano crater didn’t happen.

After lunch we sailed into a fresh breeze and sunshine thinking we would just cross the strait to an anchorage off the mainland. However, it was beautiful out, we were sailing well, so we decided to just keep going. Soon the boat was going 7 knots in the moonlight.

Twelve hours later, in the middle of the night, the wind was over 20 knots and we had too much sail up. We reefed the main and rolled in a bit of the self-furling genoa. The wind was from the NW, which was directly behind our route to the San Benito Islands. We sailed off course and gybed back to our destination in the morning. With the morning light, we found small squid had launched themselves at the boat. One was in the cockpit and about a dozen were scattered, stuck, to the deck. Their attack had been silent and fortunately, no ink had been discharged. 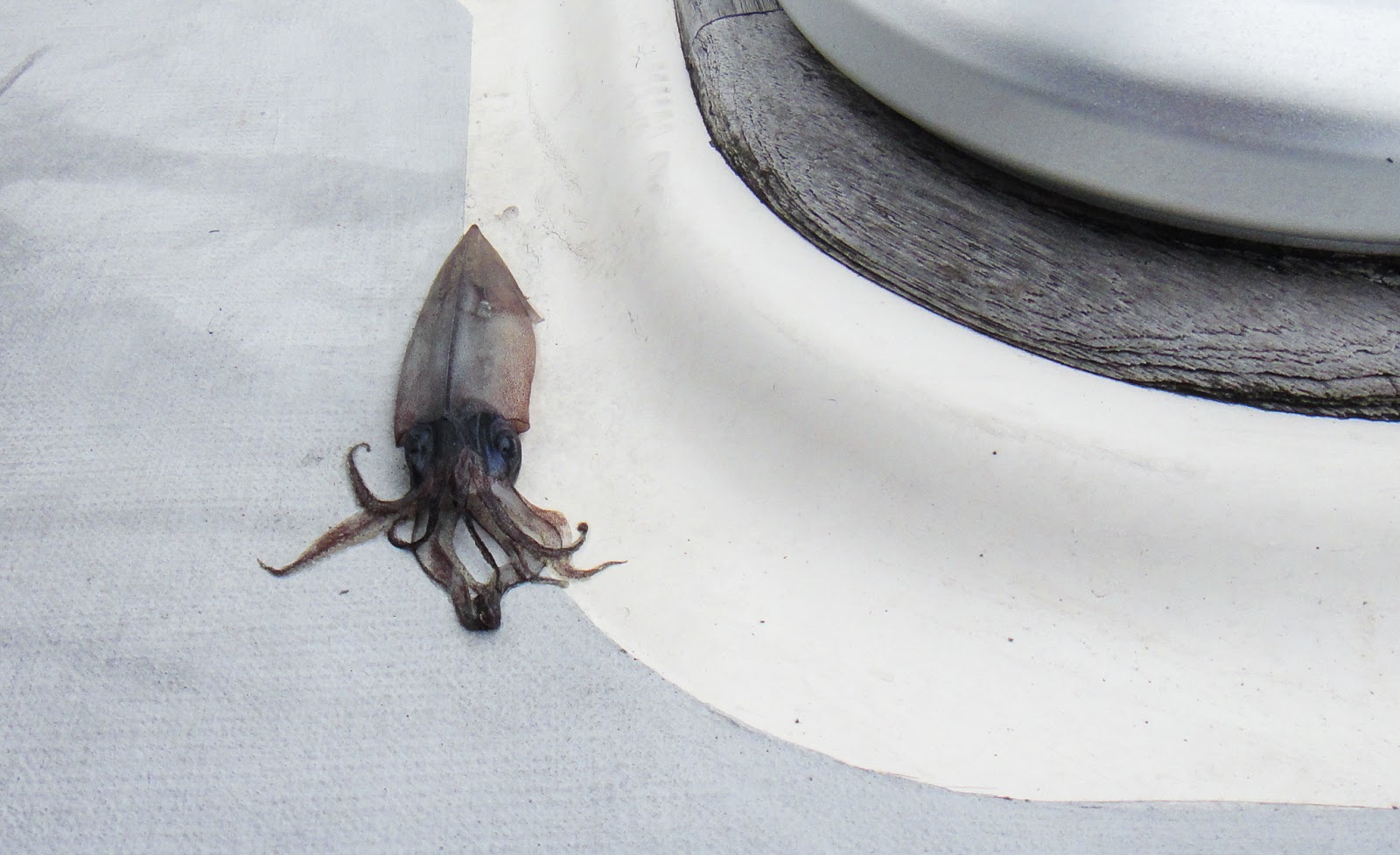 Dolphins swam with the boat at noon and we anchored shortly afterwards near the small fishing village on Isla Oueste of the Islas San Benitos. The next day was cool and grey, so we stayed put, doing odd jobs on the boat and bingeing on the final season of, Dexter.